This is an outreach to keep the networking community aware of NPI innovations, events, news, publications, and other services to the community by NPI faculty, students, and partners. 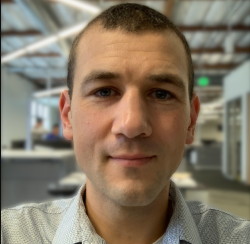 Welcome to the NPI Newsletter!

This is an outreach to keep the networking community aware of NPI innovations, events, news, publications, and other services to the community by NPI faculty, students, and partners.

NPI Expands Beyond Cornell and Princeton To Welcome New Faculty

As announced at the NPI Fall Retreat in October, NPI has expanded beyond Cornell and Princeton to now include faculty from Harvard, Johns Hopkins, NYU, Yale and, most recently, Rutgers!

Each year NPI conducts an annual retreat to bring together faculty, students, postdocs, and industry partners for a one-day workshop with presentations, panels, and informal discussions related to network programming. The 2019 retreat was held at the Tata Innovation Center at the Cornell Tech campus in NYC on Friday, October 11, 2019. Please see the NPI website for the Retreat agenda, presentations, and photos. Larry Peterson (CTO, Open Networking Foundation) gave a keynote talk “Democratizing the Network Edge” at the retreat, which focused on challenges and opportunities in emerging architectures including 5G networks. The technical sessions included talks on topics of current interest including telemetry and monitoring, performance, data plane verification, and control plane verification. A discussion session followed each group of talks to allow industry members to give technical feedback to students and faculty. We welcome feedback on the retreat and are looking forward to seeing all NPI members at the next retreat in Fall 2020!

This workshop brought together several experts of the computer science research community who are exploring how to perform wide-area data analysis. Attendees included both researchers and practitioners in the database, networking, distributed systems, and storage fields.

NPI at Upcoming and Past Conferences